Collaboration with WhyNot? Enot: limited collection of shirts with print of dogs from Sirius Shelter
Back to news

Collaboration with WhyNot? Enot: limited collection of shirts with print of dogs from Sirius Shelter

Social responsibility is an important component of any business, and for Roussin helping others and solving social problems is the main goal of work.

Our desire to help animals has developed since childhood, when we became a family for an adult cat abandoned on the street, and then adopted a dog with a broken paw. We have learned an important lesson: an animal is not a toy, it can’t be left on the sidelines, deleted from life, stop loving.

Today, not everyone has the opportunity to become parents or replenish their family. But most can take custody or financially support the childs of Animal Shelters.

To improve the lives of our little friends from the Sirius Shelter, together with the WhyNot? Enot we have created a collection of shirts named BOY NOT A TOY, part of the proceeds from the sale of which is transferred to the Shelter for the needs of their adoptees.

Why we chose Sirius Shelter

Sirius Shelter is the largest home in Ukraine for stray cats and dogs, and contains more than 3,000 animals. Almost daily it is replenished with new pets due to the irresponsibility of people, they are found on the street, or simply left at the walls of the Shelter. “Sirius” already looks like not just a shelter, but a whole city.

Because of the quarantine, and now the martial law, fewer animals are taken to new families.

1 million UAH – these are the monthly expenses of the Shelter for the maintenance of animals. The amount is colossal, but for one pet it is a little more than 300 UAH: an amount that will be invisible to many people, but significant for the inhabitants of the city of animals.

By purchasing a shirt from a limited collection, the expenses for one adoptee per month are practically covered, because at least 10% of the sale is transferred by us to the Shelter.

Shooting in the city of animals “Sirius”

The location for shooting the collection was the territory of the Sirius Shelter, and the models were Ukrainian bloggers-residents of the WhyNot? Enot agency, who supported our initiative dedicated to the topic of homeless animals. Among them: the founder of the agency Zhenya Taller, as well as Vika Mare, Bogdan Sheludyak, Nastya Eliseeva, Roma Svechkorenko, Nastya Hontsul, Lyuda from Hollywood.

When the guys from WhyNot? Enot Agency visited the Shelter for the first time, they were so impressed with the city of animals and its inhabitants that without hesitation they immediately took care of one of the houses with the dogs.

One of the heroes of the shooting was the handsome Tosha. He ended up at the Shelter with a spinal injury after an accident. If this had happened a few days earlier, he would have been able to resuscitate, and he would be able to move independently. But the employees of Sirius did not lose hope and made a special device for him, thanks to which Tosha can move around. Even despite such an injury, he is incredibly friendly and active.

Each adoptee has its own unique story. And each of them needs a family or guardianship.

It was not by chance that activist Vika Temnova became the photographer of the shooting. She is the adoptive mother of several dogs and cats whom she saved from the evil fate of a homeless life. And Vika devotes her free time to animals: she covers the problems of homeless cats and dogs, helps them find a new home.

About the collection of shirts BOY NOT A TOY

We often hear how Americans call their favorites Boy. That is why we named the collection BOY NOT A TOY – after all, animals are not toys, and we are responsible for those we have tamed.

The collection consists of 4 variations of oversized unisex shirts made of natural cotton fabric, which is printed with our author’s print depicting real dogs from the Sirius Shelter. Shirts from the limited collection have their own unique number, a total of 15 numbers of each of the four types. 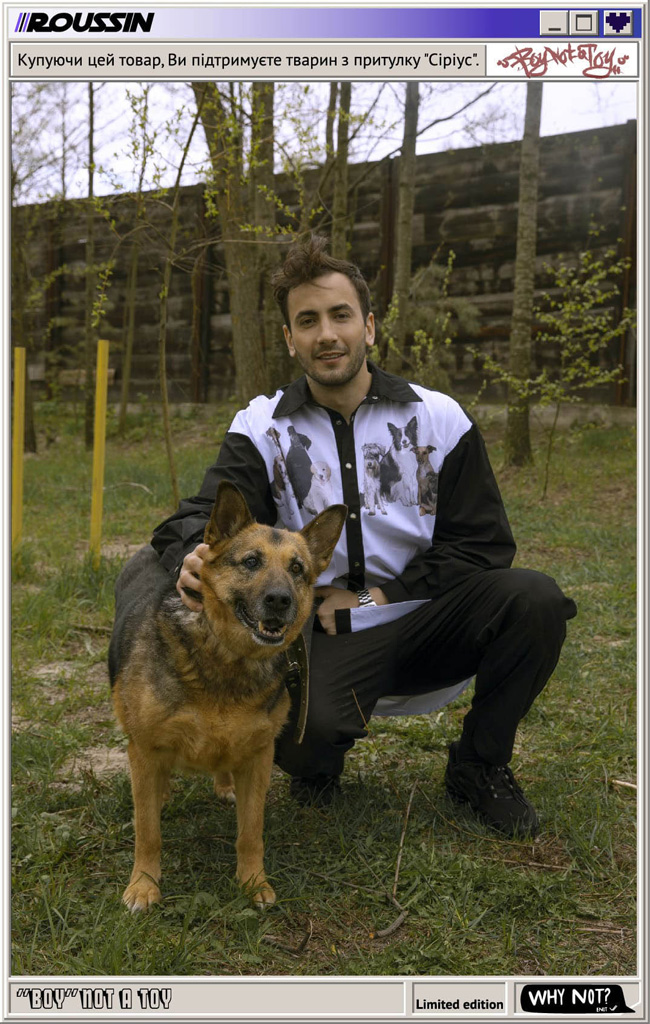 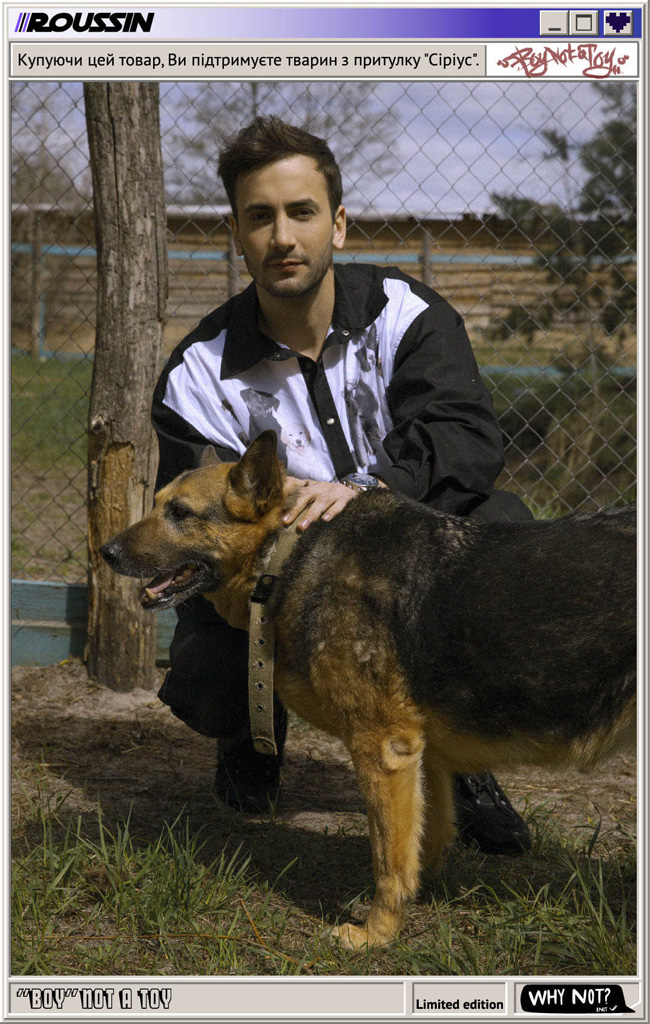 Everyone’s support is important!
Become parents or best friends for dogs, adopt a foster animal, or buy a shirt from the BOY NOT A TOY collection.

Presentation of the shirt collection in Odesa and Kyiv

In May 2021, we presented a collection of shirts dedicated to the best friends of mankind – dogs, as part of Odessa Fashion Day. The show took place at the National Science Library, and the models played the role of real readers.
And in July 2021, the presentation of the collection took place in Kyiv on the territory of the Obolon Golf Center as part of Fashions.Spy.